New releases for the Community Cinema!

Tickets for screenings in March and April are now available through the brand new ticketing link!

Tickets for the New Release screenings available online now - click here to get yours!

New release cinema films will be returning to Midsomer Norton’s Community Cinema, the first time since the closure of the Palladium 25 years ago, thanks to the Community Trust.

Backed with the support of the local community, the Trust has raised over £50,000 of investment to install the latest generation of digital projection equipment, a new ticket office and upgraded bar facilities – all backed by a deal with a top film distributor. 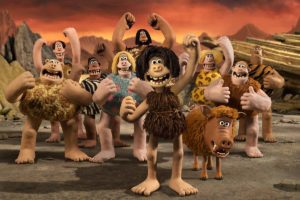 Aardman’s Early Man will be screened this Spring

Alex Davis, Trust Manager said, “We’ve sold over 8,000 tickets since we launched the Community Cinema, but until now despite our investment a couple of years ago in full surround sound, state of the art digital projection and a massive fixed screen – to date film screenings have been tied to blu ray release dates. What this has meant in practice is that we were showing films several months after their cinema release dates, when films were already available on DVD or to watch online. Now we will be able to not only offer releases around the same times as national chains and we will be significantly expanding the range of films on offer to appeal to a much wider audience”

The new cinema will launch on the 9th March 2018 with a programme allowing residents to catch up with some of some of the biggest films of the year so far. The first films include Three Billboards Outside Ebbing Missouri, The Greatest Showman, The Darkest Hour, Mary Magdalene and The Post. There will also be a range of top family films including Coco and Aardman’s Early Man. 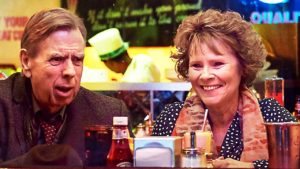 Finding Your Feet is coming to Midsomer Norton this Spring!

All this has been made possible thanks to an amazing fundraising effort by the Trust. The largest grant funder has been the Ralph and Irma Sperring Trust – contributing £15,000 to the Community Cinema in recognition of the initiatives impact on tackling loneliness and providing an affordable and assessable entertainment venue for those who cannot afford/physically travel to Bristol or Bath.

B&NES Ward Councillors, Chris Watt, Paul Myers, Michael Evans and Barry Macrae together contributed £7,000 from their Ward Cllr Initiative Funds. Volunteers from the Community Trust and the Sarah Ann Trust were able to raise the balance for the investment.

“The Community Cinema has helped create a great community spirit offering a night out people can walk to. With new releases to be screened on Fridays and Saturdays on two weekends a month, this has the potential to really draw people into the town and expand the night time economy. A real bonus is that every penny of every ticket sold goes back into the community. I would encourage local people to get behind this new opportunity to help ensure its success and allow the project to grow even further”, said Paul Myers, Mayor of Midsomer Norton.

For more information on the latest Community Cinema listings, as well as how to book your tickets to a range of upcoming screenings, in the coming days head to www.midsomernortoncommunitytrust.co.uk/